Google rolls out Penguin 4 as part of core algorithm 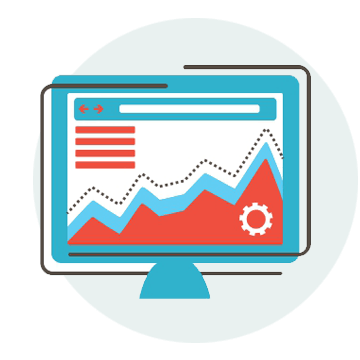 Obviously, the biggest news in SEO over the last 4 days has been the Google Penguin update that was announced on the Google webmaster Central Blog on September 23, 2016.

I first took note of strange things happen with ranking in early September. If you have never heard of the “Google dance”, it’s when a ranking or multiple rankings will dip sharply and then recover multiple times over a short period of time. This generally happens with new websites or newly optimized content, so it was strange to see it happening with settled sites that previously had stable rankings.

Google reported that Penguin (Penguin 4.0) is now a part of the core algorithm and will be the last Penguin release. This Google update was introduced in 2012 to help fight against “spammy” sites, which basically penalized sites with non-relative or just bad back-linking. Of course, it went much deeper in detection, but linking was the largest factor influenced. This was a major update that had caused alot of frustration as penalized sites lost ranking. It took a long time for a penalized website to recovery from this penalty.

With this latest update, the Penguin filter now runs in real-time. This is great news as it now becomes much easier and faster to both detect a penalty as well as correct issues and be removed from the penalty. Google also stated that this updated is more granular, which means that your entire site may not be penalized if there are issues, but only pages, or “sections” of your site.

While we have not seen a large number of of penalties with our customer sites, all of those that have been affected by the penalty have had prior SEO work, which in many cases were cheap back-linking services. This can be fixed…and much quicker now than previously. If you notice the “Google dance” behavior in any of your latest of upcoming ranking results, give me a call. We have a system in place to report penalized sites and a a method to repair the issue. All of our Premium SEO packages come with automatic detection of these penalties, but you can easily request a fix to be made with any SEO package.

In this service we will take a look at your website linking health and then report to Google links that should be indexed. (Sometimes you can’t help having negative links, especially if you have had bad SEO in the past) The Disavow Links option through Google will tell Google you recognize the bad links and want them removed from index. With this latest update, Google should recognize the disavowed links in the next crawl.

If you have more questions about this update or think your website may be affected, get in touch with me today.

What is Google My Business?

At Billings SEO we offer Affordable SEO Services that can increase your website traffic, sales, and leads. Start today with our with our free site audit. Let us help you with SEO strategy and internet marketing plans.

Complete the form below and we will get back to you ASAP, with a free consultation.